How Does That Work? 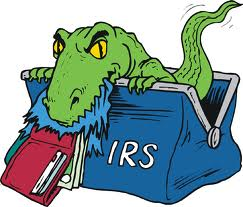 Well Bill Tatrao (Conservative Talk Show Host) has written an amusing and informative article that explains how this could be done – and why there is no way it will get done.

All right, all right.

As a conservative radio talk show host, columnist, and not a politician, I wasn’t required to sign the Grover Norquist document promising to never raise taxes.

Therefore, I feel that my most recent epiphany does not violate any sworn oath or handshake deal that I had made.

Ahhh, you say, he talks out of both sides of his mouth.

Well, isn’t that what legislators have been doing for years?  But in this instance, it works.

For all large corporations, even those that are currently in a 28% tax bracket or higher, decrease their tax rate to a flat 20%.

On the other hand, keep in mind that by utilizing a host of tax advantages, most of our large American multinational corporations currently pay zero income tax.

However, in my opinion, this dynamic group which is dominated by such luminaries as GE, Exxon Mobil, and a multitude of others who declare terrific earnings per share each quarter should all be taxed on their proclaimed earnings.

Therefore, regardless of one-time deductions, unusual occurrences, and questionable transfers, simply multiply the bottom-line reported total earnings by 20% and have them write a check made payable to the IRS.

By implementing this effective tax code, the argument that the backbone of America has been negatively impacted will now be lifted, and Main Street can continue on with the business of business.

Thus, Boehner and his Republican brood can stand tall and say they have not abandoned the Norquist pledge.

In addition, President Obama could then visit the Rose Garden, surrounded by Harry Reid, Nancy Pelosi, and perhaps a host of thousands, and exclaim the top 2% has not been cut a separate deal.

After all, aren’t most of the top 2% also the beneficiaries of a zero-corporate tax policy?  The problem with my epiphany, however, is quite obvious.

One way or the other, most of the checks written for re-election emanate from the zero-corporate tax crowd.

Therefore, why would either Obama or Boehner bite the hand that feeds them?

Oh well, back to the drawing board.

Bill Tatro, CFP, is host of It’s All About Money heard daily in Phoenix and Rochester, NY. He is author of One Hour Survival Guide for the Downsized.  With a 40-year career in the financial industry he is a featured columnist on TownhallFinance.com.  In 2011, Tatro launched MacroProfit, a subscription newsletter from his blog BillTatro.com. Follow Bill on Twitter @TatroTweets.